Most times, when working in double crochet, we are told to chain three and turn, use that chain three as the first double crochet in the row, then begin by placing a double crochet in the second stitch and moving forward. While that works, sometimes it can leave a gap at the beginning of each row, that doesn’t look so attractive. While some folks try to work a chain two instead of a chain three, that can pull your edges down and make them pucker (depends on your gauge of course – it does work for some people). 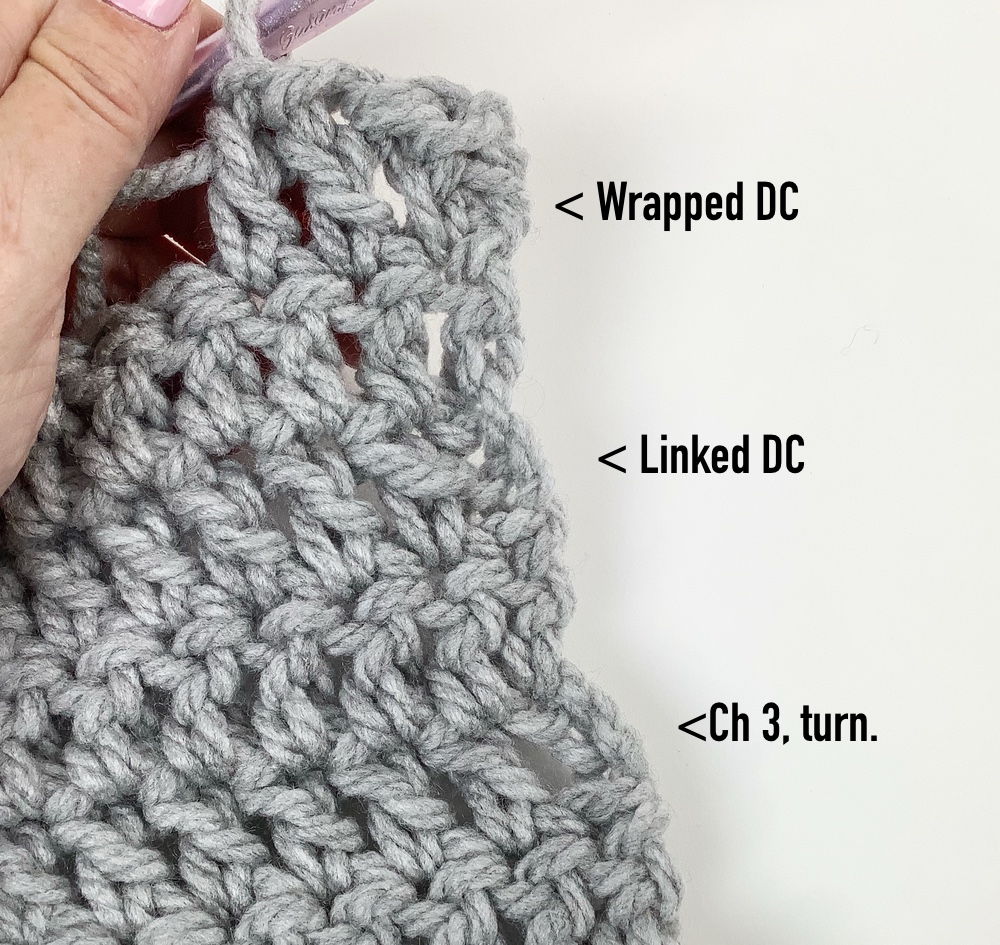 For the linked double crochet, you will chain 3 and turn, and that chain will replace the first double crochet in the row, but instead of beginning your next double with a yarn over, you will insert your hook front to back through the second chain of that chain three, yarn over and draw up a loop, then finish your double as you would normally (insert your hook in the next stitch, yarn over, draw up a loop, yarn over and draw through two loops on hook twice). By linking the first completed double to the chain-three, you close that gap. 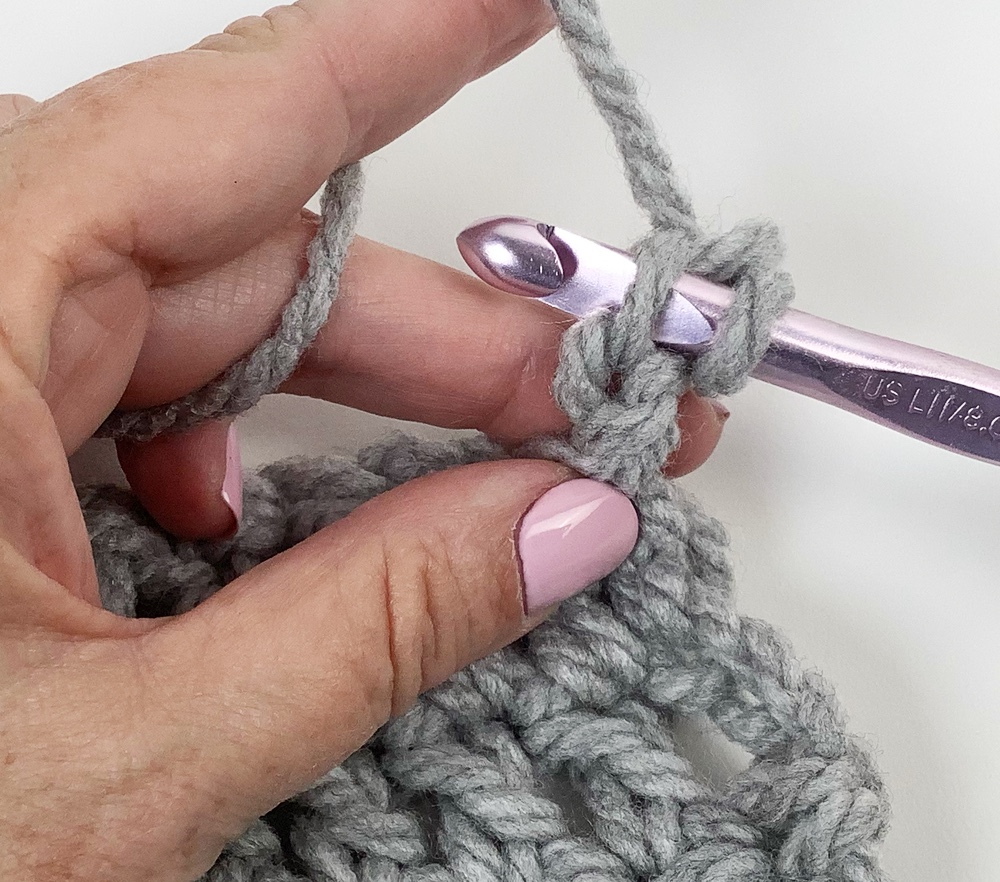 Alternatively, you could begin with a wrapped double crochet. Chain two and turn, wrap the hook around the back of that chain-two and yarn over, bringing the hook back to the front of the work, insert your hook in the very first stitch, and finish your double as above. The chain-two and the wrap extend a bit past the edge of the work but because you are starting your row proper with an actual double crochet instead of a chain three, the gap disappears. 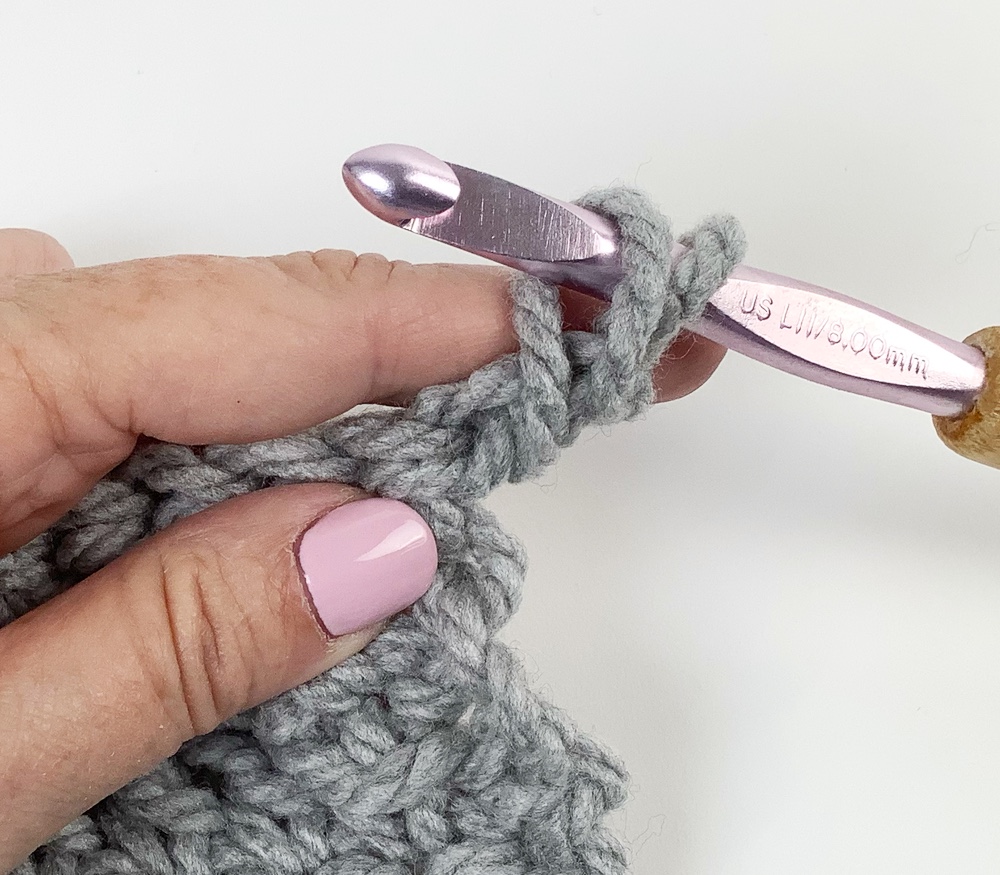 Try one of these techniques the next time you’re working in double crochet!